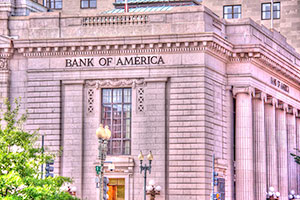 Warning: This Post Has No Warm and Fuzzies Read at Your Own  Risk!

Bank of America was once the "go-to" bank of choice for most lenders because they were efficient and easy to deal with.  Bottom line they got the job done.

Those days have long past!

As a real estate broker I have nothing but unbelievable tales of woe, every time I have the misfortune of dealing with Bank of America.  The system is laden with bureaucratic weight and  nothing they do is based on common sense or in the best interest of the consumer.

Recently I had a buyer terminate a contract for a short sale she was purchasing after waiting over 5 months for an acceptance. She was a strong, well-qualified buyer purchasing a home that needed extensive work.  At one point she was told her offer was accepted by Bank of America so she spent money having the home inspected.  The inspector told us this was home was in the worst condition he had every seen.  Still the buyer was fine with the condition of the home and wanted to proceed.

After waiting yet another month, we were told by the listing agent that Bank of American now wanted anther $3000 for the home.  Plus he now had a cash offer from another buyer.

Does this sound like extortion?  It did to me.  My buyer wrote an offer in January.  In April a Bank of America negotiator approved the sale at a price $500 less that what the buyer had offered.  As soon as the listing agent figured out the mistake he said we couldn't have it for that price but we could have it for the price she offered.

Who is in charge here?  How can Bank of America make a deal then go back on it?  What ever happened to integrity?  Why don't they have to stick to their word?

Why? Because Bank of America Doesn't Know What They Are Doing.

My buyer was very bothered by this.   She made an offer on this property, waited for approval when received she spent her money on inspections, knowing full well the house was being sold "as is." Yet now after tendering all the documentation required yet this meant nothing to Bank of America.

Frustrated, annoyed and dejected the buyer decided to move on with her plans.  She terminated her contract.  Over 5 months of frustration she said, "enough is enough."

Bank of America you received bail out money.  Tax payer money, money that my little Grandchildren will be paying taxes on when they become productive citizens.  Do you really feel this is the way to treat the taxpayers who support your business?

It has been said "The truth is stranger than fiction."  When dealing with Bank of America I believe this to be true.

Have you had a bad experience with Bank of America? Tell me about it here...