Nostalgia maybe annoying to the younger generation, but to many who forever enjoying indulging in it, there is peace. 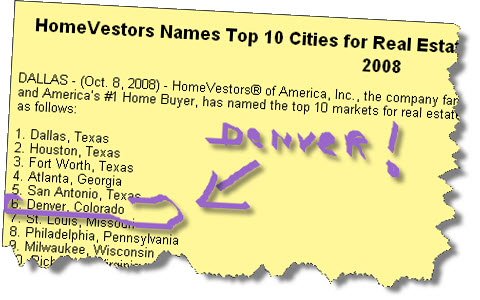 Yes, it is comforting to know the world isn't going to come to an end because of this event or that. Some would like to believe nothing will ever be the same again and they are probably right. The future never really looks exactly like the past simply because it is the future. It will be different not bad just different.

Back in the 1980's Colorado experienced a down turn in the real estate market. I had the good fortune to be able to work with a variety of asset managers liquidating foreclosed homes. At one very low point in my business I was holding about 60 listings with very few selling. The lack of activity was getting me down and I couldn't see how the glut of homes would ever go away.

I expressed my feelings to a wise old (?) asset manager and he told me not to worry. He said things are going to continue to be slow until the INVESTORS discover the bargains and come soak them up.

It wasn't too much longer when exactly that happened. Soon properties started to move again, prices increased and buyers who had been waiting for the bottom discovered they missed the bottom. Ouch! 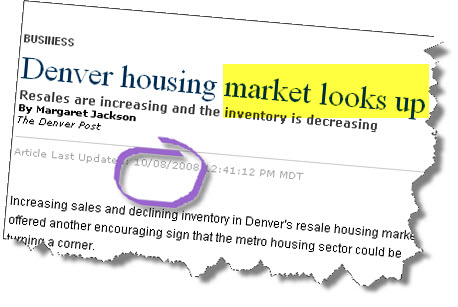 So now I can say after living through a down market or two this too will pass. Just this month Denver is getting good press now just locally but recognition from the wise old money-bag investors who watch the market. They are coming. No actually in fact they are here.

Colorado is on the road to recovery. Headlines in the news are hinting of a brighter future to come and it won't be long before this too will be a faint memory. 8-)