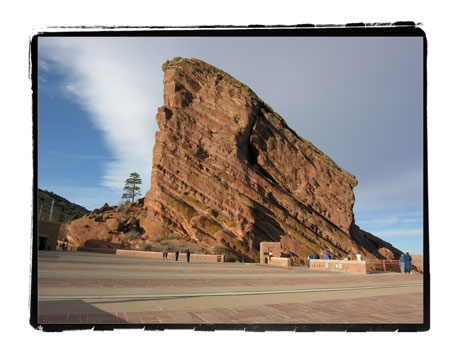 The City and County of Denver operates a truly remarkable Parks and Recreation System.  While some of the larger in city gems such as Washington Park, City Park, and Sloan Lake, Denver also owns and maintains 31 named mountain parks outside of Denver in from the nearby foothills to the base of Mount Evans. Winter Park, the destination ski area located 67 mile northwest of the city, is owned and operated by Denver as is Red Rocks Amphitheatre, the spectacular summer concert venue, located adjacent to the historic Town of Morrison at C-470 and Morrison Road.

30 neighborhood recreation centers are scattered about the city, as well as 6 golf courses, with a 7th golf course located in Evergreen, the mountain suburban community west of Denver. Designated bicycle routes connect all corners of the city, as well as an extensive trail system. In addition to the very well done Denver Zoo, the city also owns a herd of bison, which are kept in two of the cities mountain parks.

As a result of Denver’s remarkable example, the suburban areas surrounding Denver also maintain an extensive system of parks, recreation centers, urban trails, and some truly spectacular golf courses. True to the regions heritage, open space is a prized commodity, with all of the surrounding counties aggressively acquiring and protecting vast areas of open space.

Living in and around Denver affords residents with truly remarkable parks and recreation opportunities, just a few hundred more reasons to make Denver your home.