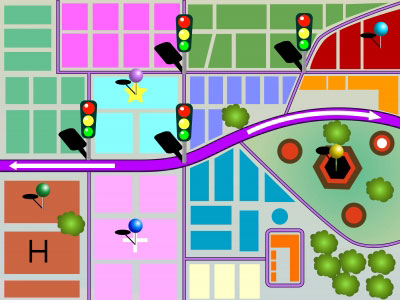 The survey was made of 451 Denver resident homeowners, in a week long time frame in mid-March, and was carefully constructed to sample the 4 quadrants of the city, and every council district. The data is very representative of the population. The results are considered to be accurate to within a 4.6% +/- degree of accuracy. It should be understood that this is a snapshot in time, and impending changes in the zoning
code may offer citizens reasons to offer very different results in a as little as a few months.

While much of the survey data is still in a “raw” format, with final results coming along in late May, there are few things that can be presented to the readers at this time:

Denver residents are very concerned about the “character” of their neighborhoods. Character can be interpreted to mean the physicality of a given neighborhood, as opposed the cultural attributes of a neighborhood.

64%of Denver resident think that Denver is “going in the right direction” when it comes to such issues as zoning, private property rights, and property value support. This is consistent with most other surveys conducted at a local level in many cities.

Respondents are somewhat conflicted about just what character means, and just what character attributes are meaningful, but a simple explanation seems to involve a certain amount of “nimbyism”, and a resistance to change. At the same time, residents seem to think that redevelopment is generally good for improving property neighborhoods, as long as the redevelopment does not affect the respondent personally.

Later in May, more refined and specific results of the survey will be posted on this blog. For now, the reader is urged to contemplate the prediction that the City and County of Denver will add 75,000 new residents in the next 25 years. For a city that is essentially landlocked, with very little open ground to develop, those 75,000 people will be housed in residences that will be created as a result of redevelopment. The challenge for Denver’s leaders and citizens will be to accommodate redevelopment housing without affecting the “character” attributes that are so important to Denver residents.