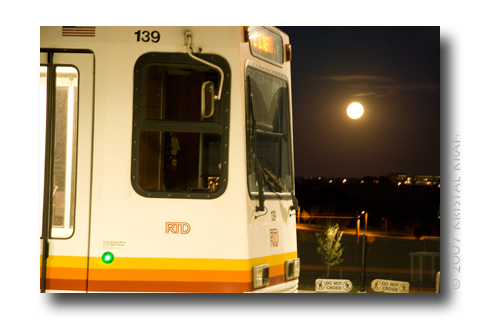 Urban sprawl, causing long commutes, the rising cost of energy to heat and cool our homes and the ever escalating cost of gasoline for our cars will be some of the future factors in choosing housing.

Construction of the RTD Lightrail in metro Denver is bringing a housing boom along with it. Beyond getting clearance to procure the right of ways, lay tracks and build parking garages, the land along the rail lines is hot. Hot as in very popular for future Transit Orientated Developments. TOD's as they are called will be the "cool places" to live of the very near future.

TOD's are not a new concept. Years ago, I marveled at the efficiency of the TOD's in Washington, D.C. along the Metro. Riding the Metro was fast, cheap, safe and efficient. It didn't matter from what station you emerged, there was always a neighborhood complete with every necessity of life surrounding you.

The citizens of the city didn't HAVE to own a car unless they just plain wanted too. The thought of having an alternative was just down right delightful! I would image what life would be like without a car payment, a monthly gas bill, insurance, tires, maintenance, tax, title and registration! Whew! Actually after housing, the cost of keeping a car is my second biggest expense.

Of course not everyone uses a car like a Realtor does, but most folks find automobile expenses high. Given the opportunity to ditch the auto, I wonder how many would do so?
Transit Oriented Developments Make Ditching the Car a Possibility!

Denver's TOD's are just beginning. The first one was built at the site of one of America's very first Malls. When Cinderella City had outlived it's usefulness, it was torn down in favor of a multi-use, high density urban community with a fresh new feel. Residents could walk outside their doors and have a variety of choices in restaurants, grocery store and transportation to downtown Denver.

Now that RTD's FasTracks are in full swing, we will be seeing more and more TOD's popping up along the Light Rail Lines. Homes built specifically for a wide variety of buyers are currently either under construction, pending to close or on the drawing board.

At the very end of the S.E. Line in Lone Tree, aka Lincoln Station a transit village has been coming up from the ground. They are building a vibrant Town Center with office, retail and residential units right at the very Light Rail stop! Imagine being delivered within a few footsteps of your door!

I love the convenience of it all. Instead of spending spare time trimming a suburban lawn, one could actually enjoy other activities. There is something to be said about the "simple life."

Is simplifying your life something you are interested in? If so, maybe we should be talking about TOD's!