Getting to Know Denver

Getting to Know Denver 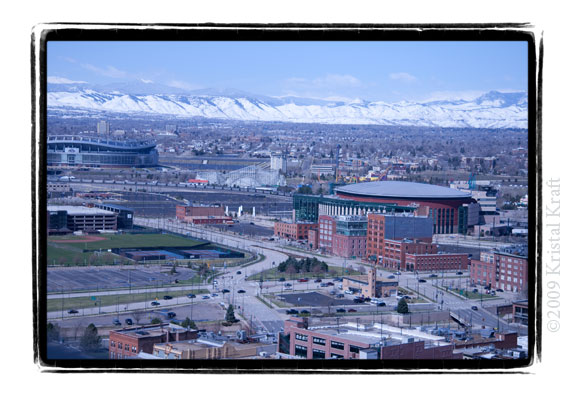 Getting to know a new city is always difficult for new residents. The familiar byways are left behind, new ones are undiscovered; you become frustrated because you know shopping is close, you just can't find it. Not knowing the old familiar short cut to avoid the freeway at rush hour, or the fast way to the park or school; streets that start and stop, and start again, all of these things lead to a sense of angst as you work to discover the best ways to navigate your new city.

Future Denver residents can take heart. Denver is very easy to discover and finding your way around easy. The first thing to know is, the mountains are in the west. Always! Denver is not in the mountains, but rather lays out on the plains east of the Rocky Mountains. There are very few days in any given year that you will find the mountains obscured by weather, so orientation is pretty easy. Stand facing the mountains and your right side is pointing north, left is south, and east is behind you. Pretty easy so far, right?

Downtown Denver, where all the really tall buildings can be seen, is pretty much in the geographic center of the Metropolitan Denver area. Also, Downtown Denver really is a mile high. This is important to know, in that travel in every direction away from downtown takes the traveler up in elevation. Downtown Denver is at the bottom of a bowl (which is why winter pollution can be visible).

Denver's streets are laid out on a grid, actually 2 grids. Early Denver's street patterns were laid out in relationship to the Cherry Creek, which flows northwest. So the Downtown Denver grid is turned 45 degrees away from true north. Beginning in 1864, Denver's streets were laid out north-south, east-west. This clash of grids is most recognizable in the Five Points Neighborhood, where 3 streets coming together create a five-point intersection.

So, all of Denver streets area laid out on a grid, what's the big deal? Getting around becomes easy. Consider that Broadway, running north and south just east of Downtown, is numerical "0" for address purposes. Streets run north-south, avenues run east-west. The first street east of Broadway, Lincoln, is the 100 block, the second street, Sherman, is the 200 block, Grant is the 300 block, etc. all the way east. The airport, Denver International (DIA), is about 270 blocks east of Broadway. Heading west from Broadway, the first street is Acoma, at the 100 block. The Denver Mint is located at Elati Street, the 500 block west of Broadway. Near the mountains, the block numbers reach as high is 22000.

In Metro Denver, byways running east and west are known as Avenues. The Center line for Avenues if Ellsworth Avenue, with the number of "0". If you stand in the center of the intersection of Broadway and Ellsworth, you would be at the numerical center of Metropolitan Denver, or "zero". Avenues north of Ellsworth are numbered, 1st avenue all the way to about 170th avenue at the extreme north end of the Metro area. Avenues south of Ellsworth are named, such as Mississippi, Hampden, or Princeton. The numerical indicators still apply, with Mississippi being 100 south and Hampden being 3500 south, as examples, and avenues extend as far south as 12000.

Most of the Denver suburbs follow the grid and street pattern laid out by Denver. Some parts of Littleton, Broomfield and Golden have their own street names, but for the most part, the grid holds true all over the Metro area.

Most of the major league sports facilities are located in or around the periphery of downtown. The performing arts center (DCPA) is located downtown, as is the convention center. Nightlife is best found in LODO, or Lower Downtown. Shopping malls, really big ones are found in very quadrant of the area, so a Denver area resident does not have to drive more than 15 minutes to a shopping complex. Food stores and convenience shopping can be found with 2-3 miles of every house in the area. Hospitals, schools, and transportation are seldom far away.