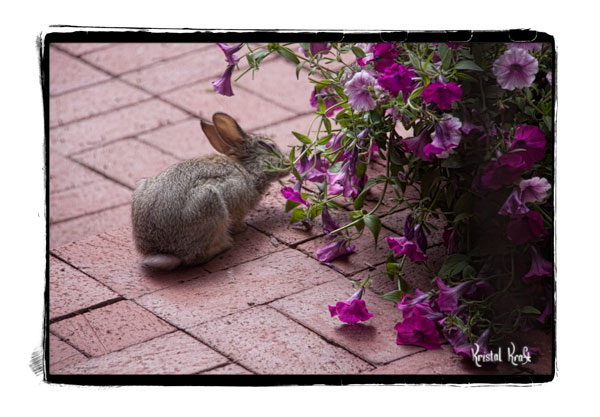 Living in Colorado means we get to deal with some pesky critters.  Of course this cute little guy could probably be found most anywhere in the U.S. Well except maybe except Hawaii and Alaska!

It's not uncommon to have all sorts of critters large and small munching off your landscaping.  In the mountain towns of Evergreen and Conifer, residents get to feed the Elk that roam freely across the lawns.  This is a fact residents are rather proud of as indicated by the signs of endearment, "Got Elk?"

On occasion, luckily a rare occasion bears come to visit.  Last week there was a bear sighted in a highly populated area EAST of Denver.  Guess the poor guy got lost.

Typically the wildlife doesn't come down from the high country unless the food supply is scarce.

A few winters ago we had so much snow the deer had no food.  So they helped themselves to our shrubs, the big tall ones in front of my home.  At first we couldn't figure out why the shrubs were all dying in the neighborhood.  I asked the gardner why the shrubs were dying and he told me "the rabbits are eating it."

Well that took me back, as the shrubs were naked at the 4 foot height.  That was one mighty tall rabbit!

Then we figured it out, it wasn't the rabbits it was the deer feasting on our shrubs.  They would come after dark so we never caught them!

That was a few years ago and I'm happy to say the shrubs have grown out leaving only a trace of odd shapes.

So all is well that ends well, except I want that darn bunny to leave my petunias alone!