Tomorrow, July 27, 2011 is a the day IKEA fans in Colorado have been waiting for!  The store which wasn't scheduled to open for 3 more months will be finally opening!  Apparently for some it can't open soon enough. 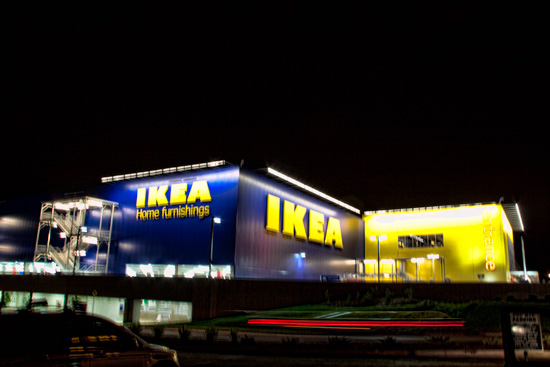 Today, just for grins my daughter and some visiting friends drove over to the store to see how long the camping line was.  Yes, people are camping out, in fact they started to line up yesterday.  IKEA has some pretty strict rules about when and how campers can begin to get in line and how they must behave.

Frankly, it's an amazing feat of marketing.  The store gives away a few benny's and in return creates a big stir in the media.

Rumor has it they expect about 40,000 cars a day (extra?) to the store.  Driving around the area you can witness evidence of the anticipated onslaught.  Parking lots adjacent to the store have barracades and No Parking signs.  There's a flashing sign on I-25 warning of traffic delays.

From my home town of Lone Tree, there was a City-wide announcement telling us to expect traffic delays and road congestion.   The officials also suggest tuning into 1630 AM on your car radio to get up-to-the-minute news on the congestion and delays within a 2-3 mile radius of the County Line Road/I-25 area.

Numerous traffic surveillance cameras and traffic data collectors have been installed in the area to observe traffic conditions in real-time. Field crews will also be on standby to provide additional traffic control that may be needed.

Considering Denver is the largest metropolitan area within 500 miles, Coloradans aren't the only ones expected to show up. We will be hosting visitors from Wyoming, Nebraska, Kansas and New Mexico!

Last time I remember traffic in this area getting totally screwed up was for the opening of the Krispie Kreme Donuts on E-470 and Quebec.  It took a month to satisfy the cravings and let the rent-a-cops go home!

I suspect it is going to be awhile before traffic gets back to normal around here. If ever. 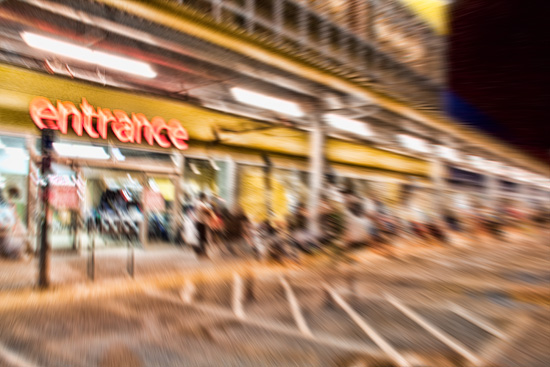 Welcome to Colorado IKEA, thanks for bringing us Christmas (traffic) in July.

UPDATE:  5 days later I must say the traffic was wonderfully controlled.  I hardly noticed a significant difference.  Thanks to all who have worked to make this store not have such a high impact on those who live nearby.