IKEA in Centennial Can be Seen From Space! 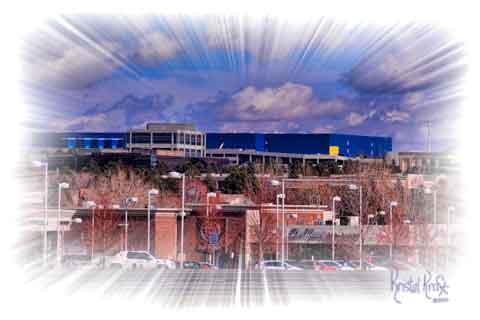 IKEA has been building a new store in Centennial, Colorado, a close suburb of Denver.  This long awaited store can't be missed as one drives on I-25 by E-470.  The landmark store has been reported to be so large, it can be seen from space!

I was warned by a client who came from a city where IKEA opened a store.  He said traffic was backed up on the Interstate for months!

I can believe it!  Last year my daughter needed some fixture for her new bathroom.  She found them at IKEA but alas they didn't deliver.  She couldn't wait until next November to purchase them here, so we drove to Salt Lake City.

IKEA has an insanely passionate following.  Just Tweet your IKEA story and you will hear many more.

Guess IKEA is doing something right.  Raving fans that drive across entire states to go shopping are a force to respect!

Welcome to Colorado IKEA!  Let the countdown to opening begin!