Lessons I learned on the streets of New York

This past week I had the pleasure of attending Inman Connect a real estate conference in New York City. In addition to hearing top industry professionals, I got to meet blogger friends I have been chatting with for a couple years.

New York is a wonderful, colorful city, a perfect place for a people watcher like myself. I thoroughly enjoyed just being there. 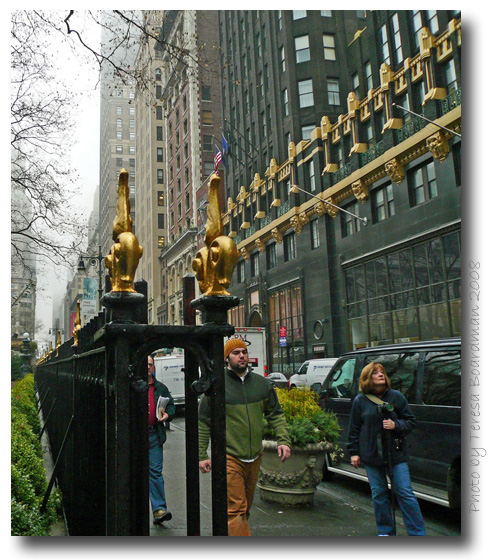 As my colleagues and I roamed the town we would joke about being tourists. Yes, we obviously were tourists with our unpurposeful stride and the ever-present cameras hanging from our necks. Or maybe it was my constant looking up toward the skyscrapers while trying to take in the contents of every dressed store front.

Whatever it was, we (my friends and I) were marked; green, tourists.

My first clue came when I took out the iPhone to capture this guy who was walking around with a cat on his head. I tried surreptitiously to shoot him, but him being all eyes caught me and moved. He then capitalized on the moment by asking me if I could spare a buck for him and the kitty. Feeling foolish, I grubbed up a buck and then asked if he'd pose so I could get a better photo. After all how often does one see a cat on the hat like this? 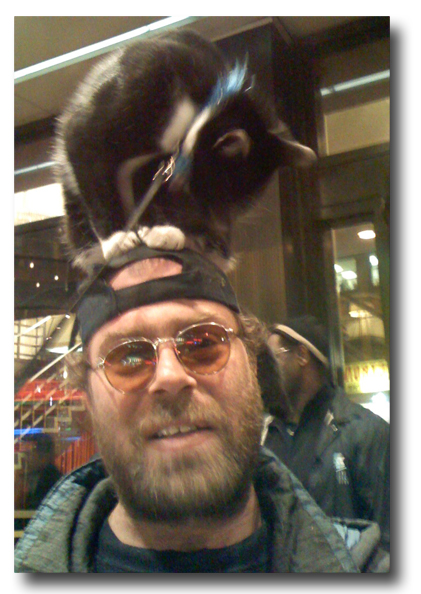 On the way to a party we were having trouble figuring out west/east or whatever. During the course of conversation between us friends, a passer-by shouted out the directions, "46th is one street over! Hey buddy can you help me out with a buck or some change?"

Now this was not your ordinary street person, this was a young lady just passing by. I rolled my eyes as Brian Brady dolled out a dollar.

The next day I was alone and in need of a break. At Starbucks I got a Chai and sat down at a table without first properly putting my change away. A guy at the next table saw my bills and asked, "hey lady can you help me out with a buck?"

This time I got annoyed. The Jersey girl in me told him, "hey buddy, get a job!"

OK, so that was a get tough response, I felt bad but I didn't give in. The whole episode made me think about what was going on here. These folks were just asking. If they asked at least they had a chance at getting what they wanted. I suppose it's better than never asking at all.

How many times do we get frustrated because we aren't getting what we want out of life?  If you want something, just ask.  What's the worst that can happen?