Open House on a City-wide Scale!

Typically when one thinks of an open house it's about real estate or maybe a New Year's Party.  Today's Open house 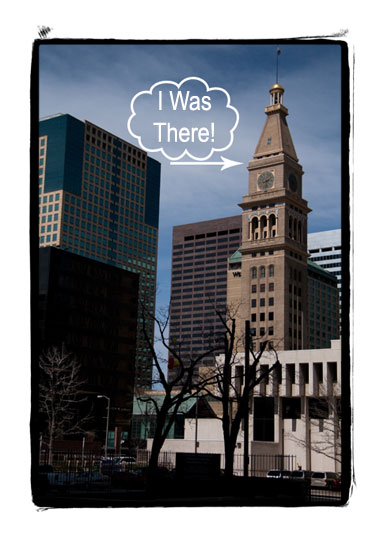 was city-wide because dozens of Denver's historic and other historical gems were open to the public.  In the 5th year of celebrating this wonderful 2-day event becomes more popular each year.

Today I had the pleasure of climbing to the top of the D & F Tower (well almost to the top) to shoot the city from the 20th floor balcony. The most interesting and photographically appealing part was standing behind the enormous clock face and looking out to the clouds!  What a wonderful perspective!

Later I visited the Ellie Caulkins Opera House, another architectural delight!  I so love the refurbished building which by the way is considered to be one of the Top Ten Opera House's in the World!  While there I enjoyed shooting all the intriguing angles and arches of the interior.  The Opera House has a magnificent Antique gold and aquamarine glass chandelier.  This very unique and beautiful piece must be one of a kind.  I marveled at it's intricacies and wondered how in the world did they ever hang it?

After the Opera House my group took a tour of the Temple Buell Theatre.  I've attended many events here from The Lion King, Miss Saigon, The Phantom of the Opera, Rent, and many more that just fail to come to mind right now.  It is a wonderful venue and one that makes our City of Denver very proud.

Just outside the Denver Center for Performing Arts is the controversial sculpture called "Dancers."  I never tire of trying to capture these graceful beings against a deep blue sky.  I'd forgotten that some people actually don't like them until someone in the group later referred to them as "the alien dancers." Oh well, what is art if it doesn't evoke some sort of reaction, good or bad?

My group, which by the way is a wonderful camera MeetUp group decided to go get lunch.  Someone consulted their Blackberry for choices and we decided to go to San Cabo for Mexican.  It was a good place to eat, but it wasn't Mexican, it was Peruvian.  Yes, we even had adventures in eating.  The Sunday buffet was the popular choice as it offered a wide variety of food.  Of course the adventure came in when we tried to identify what exactly we were eating.  It seems the people of Peru, waste no part of the cow. Enough said? 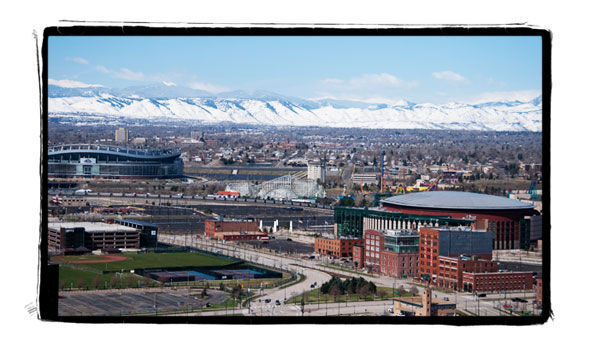 Following lunch I needed to wrap up the day, but made one more visit to the Masonic Temple.  I planned to meet the group there after retrieving my car. I ended up thinking I knew where I was going, but no I was wrong. The Masonic Temple is located at Welton and 16th, it was not the one by the State Capitol building. Oh my!

The ensuing tour was very educational.  I enjoyed hearing the history of Denver's Free Masons and the tales of disaster when fire claimed their building.  Of greatest interest to me was the mural on the wall in the cafeteria, showing the progression of Masonic Temples from when Denver was settled back in the 1800's until the present day.  It appears the Masons had a stronghold in Denver's society and growth. In fact the wife of a Mason is the one who started the organization that grew into what we know today as United Way!

Open Doors Denver was a very positive experience for me.  I would encourage everyone to look for the 6th annual event next year and join in.  There is no better way to learn about the city than participating and an event and stretching your mind for a  few hours.  We live in a wonderful city, let's enjoy it.