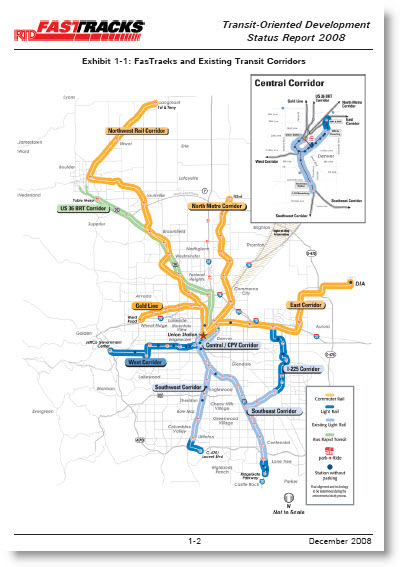 Getting people from here to there has been one of the most important elements of humanity. Early humans learned to take the most advantageous routes to preferred hunting areas; permanent housing was located at or near trade routes, rivers, and natural ports. Early travel paths in the Americas followed grazing routes laid out by migrating animals, then later by native peoples. Most early road systems made use of former foot paths, following natural contours to make travel possible for horse drawn wagons. The developments of rail lines were engineered to minimize grade elevations, as trains cannot traverse steep grades. Cities have historically been built in close proximity to large bodies of water, to facilitate movement of people and goods.

As the interior of the United States began to develop, cities such as Cincinnati and St. Louis developed along large navigable rivers. It wasn't until the mid 19th century that railroads began to change the need for cities to locate along the water. Atlanta is an example of a city that developed because of an intersection of rail lines. The development of the west simply would not have occurred without the railroads.

Denver is another example of a city that would not exist without rail transportation. As the city grew in the later 1800's, much of the growth was made possible by an extensive network of railroad lines connecting Denver to the rest of the country, and trolley car lines (light rail) connecting developing neighborhoods with downtown Denver. The advent of the automobile, with the convenience and freedom that came with it, rendered the trolley lines obsolete by the late 1940's, and the existing tracks were pulled or paved over.

Fast forward to today, and we find the Regional Transportation District (RTD) aggressively engaged in building rail transit to reach the far corners of Metropolitan Denver. As these modern trolley lines continued to snake their way to the suburbs, development along these transportation corridors began to intensify. The concepts of Transit Oriented Development (TOD), supported and encouraged by Transit Oriented Zoning (TOZ), took form in the minds of city planners everywhere, including Denver. For a complete report on the current status of TOD, go to: Status Report

Really nothing more than deliberate planning of what has occurred naturally throughout human existence, the labels of TOD and TOZ provide modern definition to placing people and business space next to close, walkable, proximity to rail transportation. Over time, development near to rail stations in the Metro Denver area will create more efficient and convenient living for those people that accept and use mass transportation.